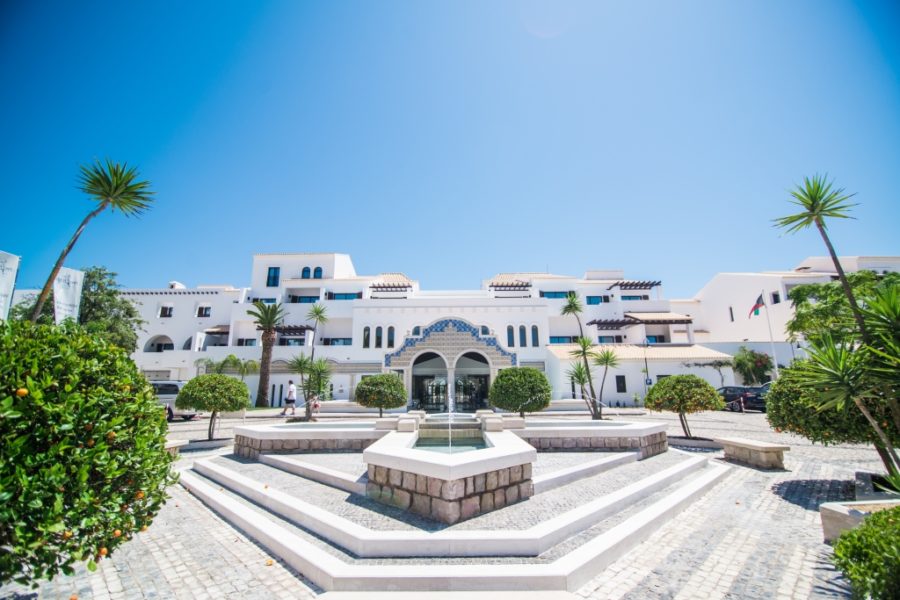 This blog comes from sunny Faro, where the late September warmth was a welcome change for many of the north Europeans in attendance. The event’s focus was: Hot Topics in Networking and CyberSecurity.

The first plenary debate of this spotlight was opened by Scott Raynovitch. Presenting Futuriom’s research, he spoke about the challenges facing the network for cloud applications, and reported that cloud will amount to 50% of enterprise application spending. The corporate WAN will be increasingly important but is becoming a bottleneck. A further challenge, he said, is how to build multi-cloud networks that are secure and automated.

He said the move to cloud means siloed roles are changing. VPN issues include performance, security, management, and configuration, but managers agree traditional VPNs are not the best solution for industrial IoT. They’re looking for better solutions for extranets, B2B, and supply chain, he said. Routers are the problem as they are too difficult and time-consuming to configure, so people want automation.

For Raynovitch, the solutions include SD-WAN as an overlay; it can automate this problem and cut the cost of managing branches using cloud provisioning. This results in savings in opex & capex. Raynovitch also said application WANs such as NetFoundry connects application to application, and predicted this to be a billion dollar market in 2019.

Atchison Frazer said his company can reduce the costs of traditional private-line MPLS networks by integrating LTE and other networks, as Internet bits are 80% cheaper than MPLS bits. He wants: “to cut the plethora of devices running MPLS”. Raynovitch said customers are augmenting MPLS with SD-WAN, not tearing them out.

Turner said MPLS is not dead but its growth will be limited by SD-WAN. MPLS vendors have to get into SD-WAN or accommodate it – SD-WAN is the Netflix of the enterprise WAN market. He added that WAN optimisation only exists because corporate WANs were inadequate. He predicted that that market will slow as SD-WAN grows – and WAN optimisation vendors are becoming SD-WAN vendors.

Griffiths said new use cases such as SAS mobile need to be distributed as new apps are taking value from the data explosion – so you need an application-specific network, which adds agility performance, and security. As an example, he cited a real-world connection from a Lima call centre to Dallas for real-time translation with a 200ms latency over public Internet.

Discussion followed about the value of SD-WAN to the enterprise, with Frazer arguing that added security alone made the move worthwhile.

The panel then talked about acquisition and implementation. Frazer said: “We sell via CenturyLink – the service is centralised and CenturyLink provisions it. You can run it as a router, SD WAN solution, NG firewall, or the entire stack.”

Griffiths said: “Simplicity is key, you can’t run VPNs for each IoT device, so you need to automate configuration and management. How we manage VPNs right now will disappear.”

After further discussion and questions from the floor, the session drew to a close.

In his opening presentation, Turner talked about how the security industry has moved from prevention to a recognition that total prevention was impossible, so now it focused on detection, mitigation and remediation.

He said this was because of the growth of malware due to organised gangs, criminals, state-sponsored groups, dark web etc., and the ease with which malware actors could set up a botnet system using AWS. Malware has become more sophisticated and is generated faster, but most – 98.1% – may be deployed but are not exploited. So now what’s required is a threat response using intelligence, such as that provided by machine learning (ML).

Guldentops said AI is the next BS term. ML has been in existence for 15 years, citing as an example spam filters. “It’s not magic, just a tool – real AI is 30 years away,” he said.

Pollock said AI is really just ML. “That’s what vendors are doing today. It needs to be more effective – we can run this on a standard endpoint without bringing it to its knees.” But ML has come to the fore, he said, because traditional models are failing. Enterprises assume they will be breached at some point and ML can help.

Crumplin said the protection needs to be contextualised. “If I don’t process credit cards, I don’t care about malware that wants to steal it,” he said. So the security industry is bad at contextualising threats – security is a blob, we don’t break it down, he said.

Pollock said that we’re good at identifying problems after they happen. “ML is better at helping us do stuff that’s monotonous that people are not good at,” he said.

Discussions followed about how companies could build zero-trust networks that enabled corporate access to resources, and a speaker from the floor argued that security doesn’t impact the company or its share price. In practice, breached companies actually grow. We don’t need security technology as there are no consequences, he said.

After some discussion of this point, Pollock said: “Banks don’t like being robbed – they spend money to protect that data. ML reduces cost; but how much security does it add? There’s no such thing as 100 % security.”

The Press Spotlight then closed the plenary session and moved to the press/analyst meetings with vendors.

In her opening presentation, Hammond talked about value-added services (VAS) as a revenue opportunity for carriers, the benefits of getting basics right, and customer benefits.

The research found that operators got 93bn euros in 2017, 8bn euros of it from IT services. Network connectivity is fundamental for delivering VAS, and is wrapped in network services such as security, AI, and SaaS. Customer satisfaction is much higher for customers buying security from the operator, she said. Service providers can help manage complexity such as multi-cloud environments, hosted private cloud, compliance, security.

Discussing customer satisfaction, Frazer said that people often blame the network if technology in a branch office don’t work properly. “We find that trouble tickets decrease by deploying our technology,” he said.

Griffiths said: “You need to become a trusted adviser so that when they need a service, they come to you not put it out to tender.” He added that his company exists to help users to move away from the telcos onto the Internet. “Telcos have had it too easy for too long. They need to innovate and radically change their organisations,” he said. “Operators are not doing enough to communicate how their services offer benefits to the enterprise.”

Frazer said: “We offer analytics – we need to show savings to the business and allow them to plough money back into innovation. We automate this kind of data through our software – whatever the customer wants to know they get. But you still need people and there aren’t enough people who know enough about SD-WAN.”

Discussion followed about which operators were doing well, the capabilities of telco professionals and the need for enterprise innovation.

Round Table IV: Best Practices for Delivering Security Value to the Enterprise Customer

A wide-ranging discussion around security issues of the day, followed by an award to Linda Kante of Aktuell Säkerhet for the highest numbers of tweets and engagements over the course of the event.